The Eternal Battle Between Dog and Frog Puppet & Frabjuous Day! 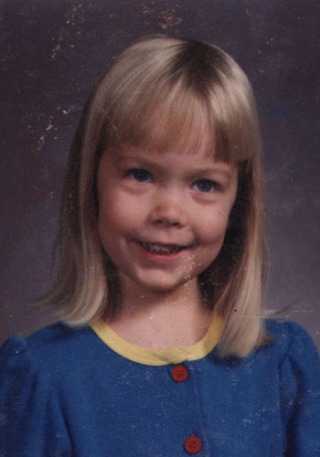 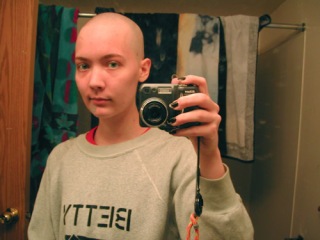 , trained my horrible dogs to torture a frog puppet.

They seem to like the activity, twisted though it is, so I indulge them with bouts of Kill the Frog: 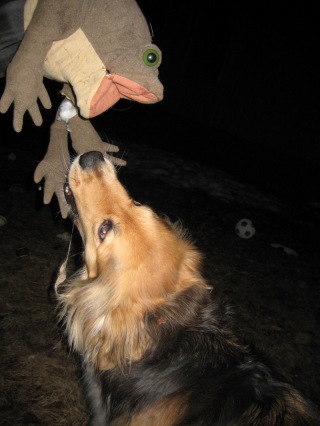 Travis, driven mad with frog-hate, moves in for the kill: 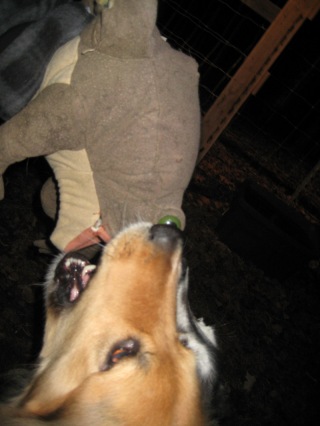 When he has the frog in his mouth Travis is pure evil: 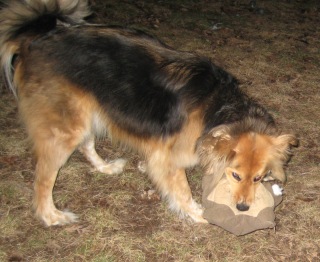 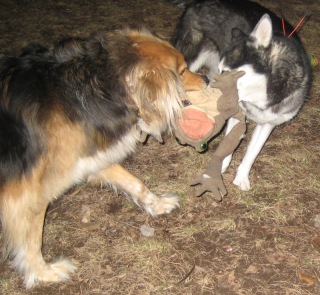 Once Mika has the frog it’s hers: 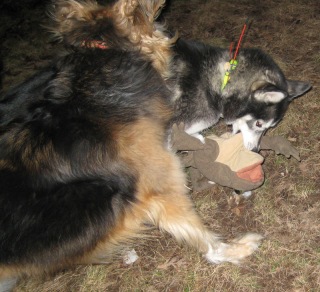 and Travis doesn’t bother to fight her for it. Mika is too intense when she plays tug-of-war. She loves to pull and she won’t let go and she’s 39 pounds of bone and muscle. She’d play tug-of-war all day if she could train a human to be her slave. She doesn’t care about HAVING the frog – she wants to play tug with it, so she doesn’t keep it to herself for long: 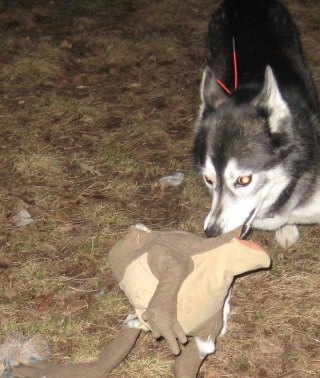 She runs right up to me and demands that I try to pull it away from her: 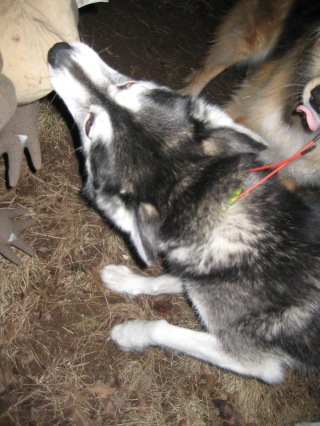 Pitying the poor frog, I rescue it: 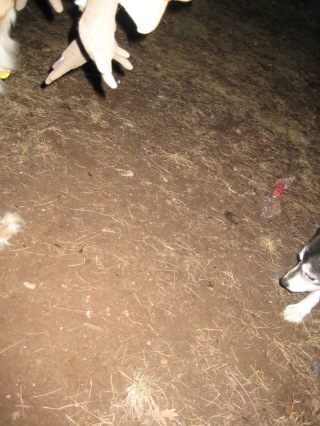 We reenact the eternal Battle Between Dog and Frog Puppet 2 or 3 times a night. The dogs lure me outside to play by being unbearable cute and eager.

On the Frabjuous Day front:

NO MORE SLEDGING OF SUPPLIES, LAUNDRY, AND TRASH!

I had to drive fast to plunge through a foot of wet snow where the road dips into the valley, but I can now drive up to the cabin: 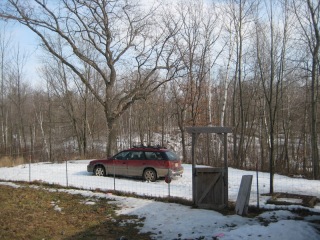 Spring has sprung at The Pad.

This entry was posted on April 6, 2008 by Doug Sharp. It was filed under The Pad, travis and mika .